Former French President Jacques Chirac, seen in this July 9, 2008 file photo, has been ordered by a French magistrate October 30, 2009 to stand trial on embezzlement charges dating back to his time as mayor of Paris, in an unprecedented move against a former French head of state. The allegations under investigation by magistrate Xaviere Simeoni were that the Paris City Hall had awarded non-existent jobs as favours to people who were politically useful to Chirac. File photo July 9, 2008. REUTERS/Philippe Wojazer/Files (FRANCE POLITICS CRIME LAW) 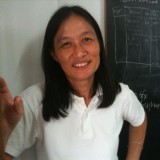